L/E: Limited Engagement
There are dinosaurs;
and, there are "dinosaurs."

That first kind are those prehistoric
giants of the far past.

But, the second kind of "dinosaur" is the two legged kind.  These are really just the proverbial dinosaurs found among our own species.  And, while they are not prehistoric, they are typically aged.  And, though they are not normally ferocious, they are very often, quite stalwart.  And this is especially true of the "faith dinosaurs" who are guided by divine truth.

​These particular "dinosaurs" simply know that both God and reality only ever bless true wisdom, and never the delusional gibberish of self-absorbed whippersnappers.  So, these crazy-like-a-fox boys and girls smartly choose to "stalwartly" follow God's directions.   And, they stay that course even when a mocking world refers to them as "dinosaurs" for doing so.

But, someday soon, the ways of these "faith dinosaurs" will be much more appreciated as they precisely reverse the prehistoric paradigm.  It will happen when, by their faith, these "dinosaurs" survive and flourish even after the arrogant world which mocked them goes long extinct.

When all the jobs are filled by robots, who will have
the money to buy the products they produce?

Why is it wrong to sexually exploit women in the workplace, but not wrong in the movies?

Why do we cultivate violence with video games, and expect no one to act out in our streets, schools and churches?

When did suppressive descrimination by government bureacrats stop being scary to everyone?

Why is freedom of  speech protected in the Constitution, but freely abridged in American universities?

Why and How does God become the "Bad Guy," when it's people with a free will who do the dirty deeds?

Why do we put people on trial, if it's guns that kill?

When did racial hatred become a badge of honor instead of a serious character flaw?

When did Truth turn to rubber, and morality become defined by the momentary expedient?

When did parental discipline stop being the primary discipline in our classrooms?

Who put Facebook code writers in charge of  the national conversation?

When did Lady Justice become such a political harlot?

Who authorized the sale of the national press to Mad Magazine?

When did Sunday soccer start doing more for the character of our children than does Sunday School?

When did "Mirror, Mirror on the Wall" start laughing at our political leaders for even asking the question? 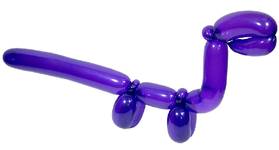 Oh, and there is this...  "Faith Dinosaurs" have good instincts.  They can always sense the difference between a world which is Right-side-up and one turned Up-side-down.